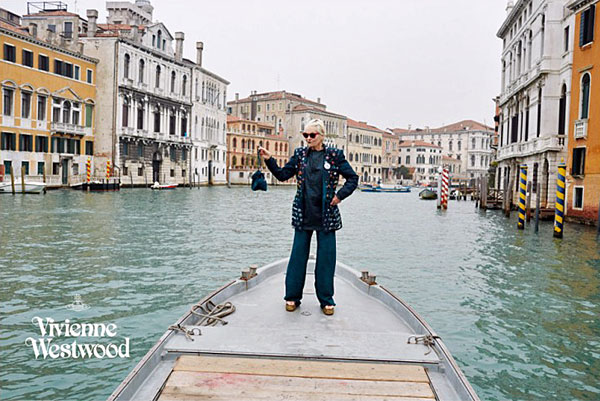 
The campaign, titled “Mirror the World,” was shot throughout Venice by none other than fashion photographer supreme Juergen Teller. It highlights the beauty and subsequent decay of the ancient city and the “urgent need,” says Westwood, to save it. The problems plaguing the crumbling city are mass tourism from cruise ships, general neglect / disrepair and the inevitable effects of climate change.


No one is more committed than Vivienne to use her high visibility in fashion to take a stand and be a powerful voice for change.