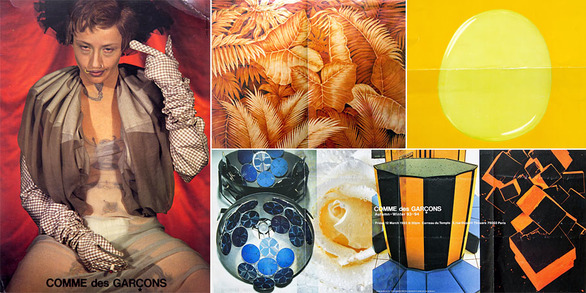 Mandelbaum Booksellers in Los Angeles got their hands on a trove of vintage show invitations for Comme des Garçons and Yohji Yamamoto. Those things were considered art in the early 90s, before e-invites and iPad check-in rendered them obsolete, but highly collectible.


The prize of the bunch isn’t exactly an invitation, but a 1994 mailer for a Comme des Garçons store display designed with Cindy Sherman for the brand’s New York and Tokyo locations. As lore has it, after seeing a layout by Sherman in Harper’s Bazaar, Rei Kawakubo sent the artist various clothing from various collections, to be photographed however the MacArthur Genius wished. The result is, naturally, a riposte to the traditional catalog.