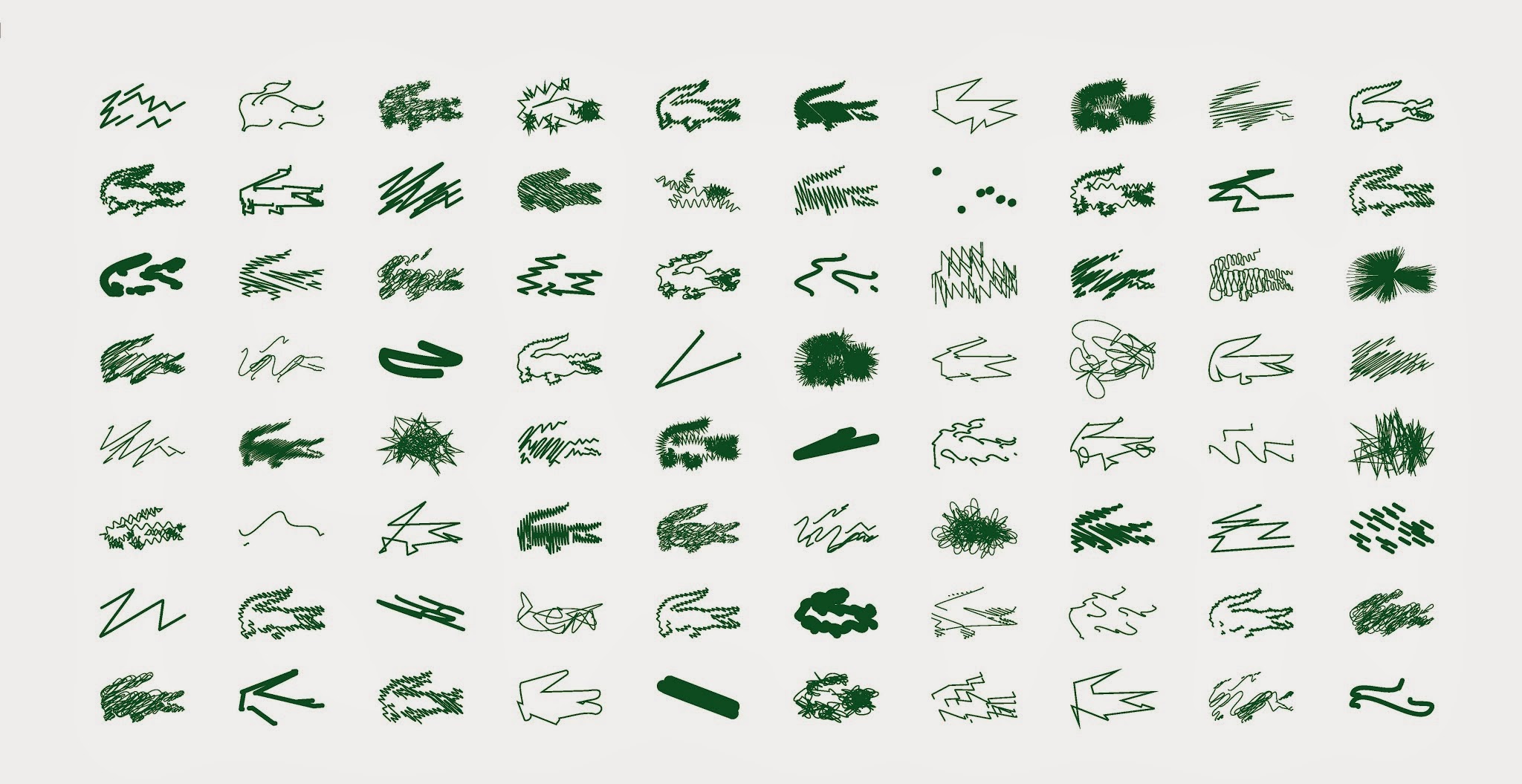 When asked to create Lacoste’s Holiday Collector limited-edition series for the brand’s 80th anniversary, Peter Saville said he was “surprised” that the label accepted his proposition.


The graphic designer perhaps best known for his collaborations with music bands (New Order, OMD) has created a series of unique polo shirts for Lacoste. There are a total of 160 shirts — 80 for men, 80 for women — on which the brand’s iconic crocodile logo is replaced by green embroidery in various forms, from erratic squiggles to a rough outline suggesting the animal’s absence, instead of its presence.


“They still look like Lacoste shirts even if they don’t have a crocodile on them,” said Saville, who also created a special edition of the brand’s logo for its anniversary. “It’s about requisitioning the mainstream to translate an idea that is not about selling.”


Saville’s creations for Lacoste were shown like a museum installation at an event in Paris last Thursday evening, with each white shirt having its place in rows of glass presentation cases under the glass roof of L’Atrium event space on the Rue Saint-Honoré.


The limited edition shirts go on sale in concept boutiques on the 15th. There are also 8 “main stream” versions will go on sale elsewhere and are already featured in the Bloomingdales holiday wish catalogue.