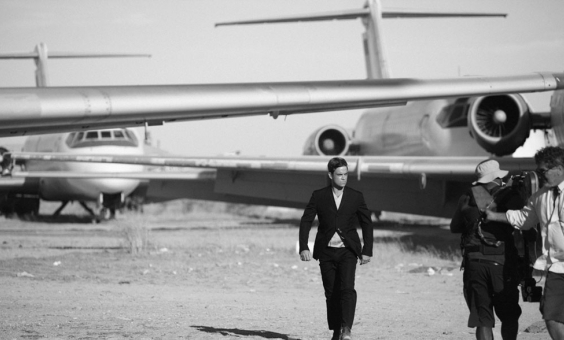 The new Robbie Williams album “Reality Killed The Video Star” is terrific! The title is a bit of a spoof on the song by the Buggles in the early 80’s “Video Killed The Radio Star.” The Buggles consisted of Trevor Horn and Geoffrey Downs. Robbie’s new album is produced by Trevor Horn. After fair success with the Buggles, Trevor went on to become the most important British music producers and the man responsible for some of the biggest names in music in the 80Æs (and the soundtrack of my life) and beyond. From ABC to Grace Jones, Frankie Goes to Hollywood to The Pet Shop Boys… oh, and Propaganda!!

The thing I really love and respect about how Trevor works is who he works with. He has an amazing “posse” of musicians, arrangers and conductors and he has worked with them for years. People like Anne Dudley, an Oscar winning composer and keyboardist, Steve Lipson (who produced all but one of Annie Lennox’s solo albums), vocalist and guitarist Lol Creme (for you 80’s children he was the Creme in Godley & Creme), keyboardist Bruce Woolley, guitarist Phil Palmer, percussionist Luis Jardim and backing vocalist Tessa Niles. They are all on Robbie’s new one!

In the eighties the Trevor posse even formed their own band, The Art of Noise. They were true avant-garde geniuses! I got to see Trevor and company perform as Art of Noise at Slims in San Francisco in 2000. It was mind blowing! The members of the audience were as impressive as those on stage. Thomas Dolby and Debora Iyall of Romeo Void among them.

I also follow that sort of Trevor / posse convention as well. I think most successful people do. Those of you that have worked with me know about my posse. My devoted short list of copy writers, programmers, printers and vendors that help make the magic happen and the creative come alive.