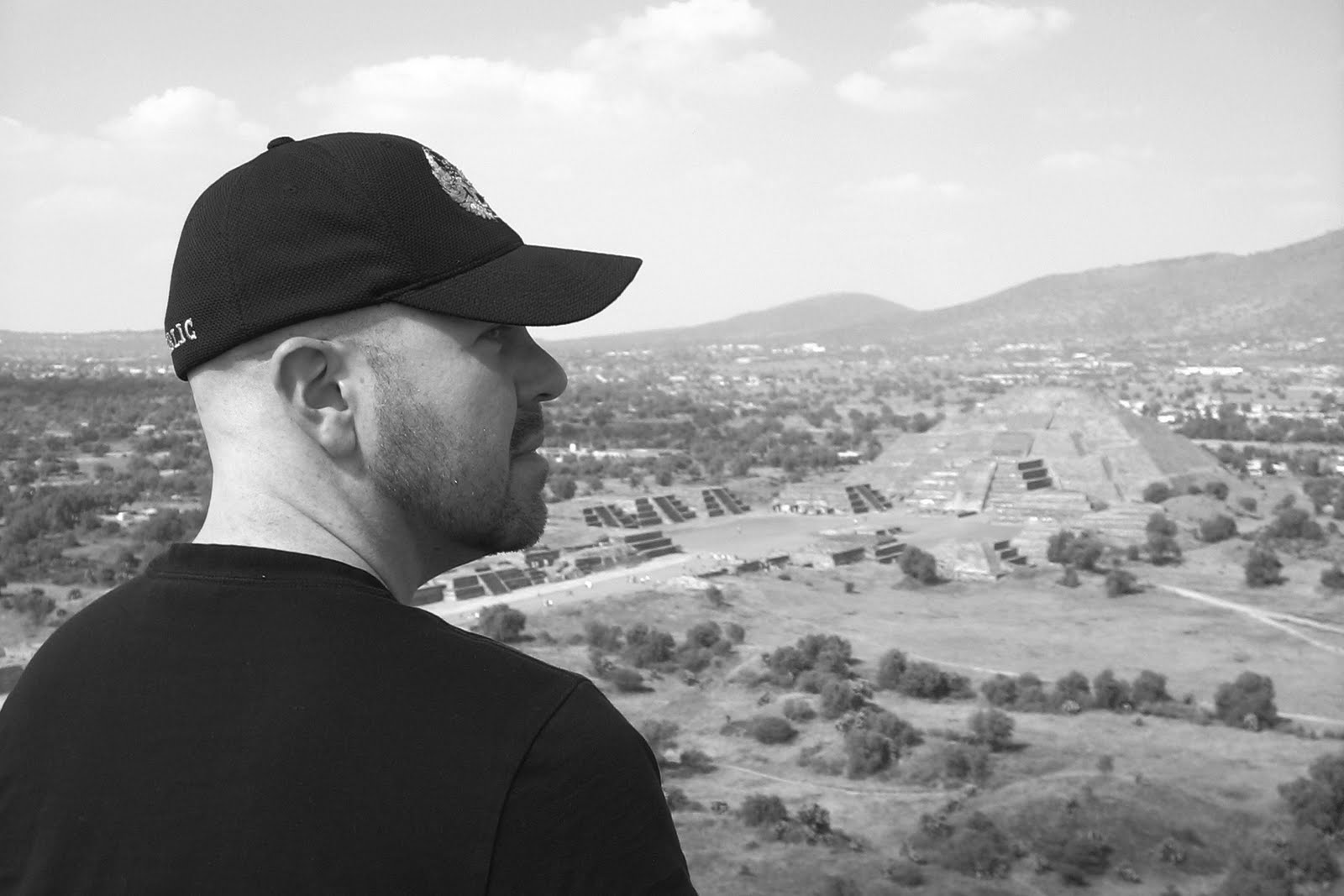 I spent the final part of 2009 and the end of the decade sitting on top of a pyramid just north, outside of Mexico City. I have felt and continue to feel some pretty amazing things are going to happen as we move into 2010 and beyond. At least I have set my expectation level on high. And speaking of high, that was some climb! The place is so ancient and yet so alive in a way. You can practically feel the energy emitting from those stones. The ceremonies, the sacrifices and the power play between man and the gods… pretty intense stuff.

My close friend and soul retrievalist Charlene asked me if the place “spoke to me?” I told her it didn’t. I guess I found it more fascinating than moving in a spiritual way. Mexico City is literally boiling over with religious, superstitious and mystic intrigue. It’s interesting to be in such a giant city with so many different things going on and yet there is a sort of calm and solace to it all. However you interpret it, it seemed like a fitting place to be to sit back, reflect and concentrate on moving on to the next chapter both personally and professionally.
Photo by: John Umipeg (Mexico tour-guide extraordinaire)