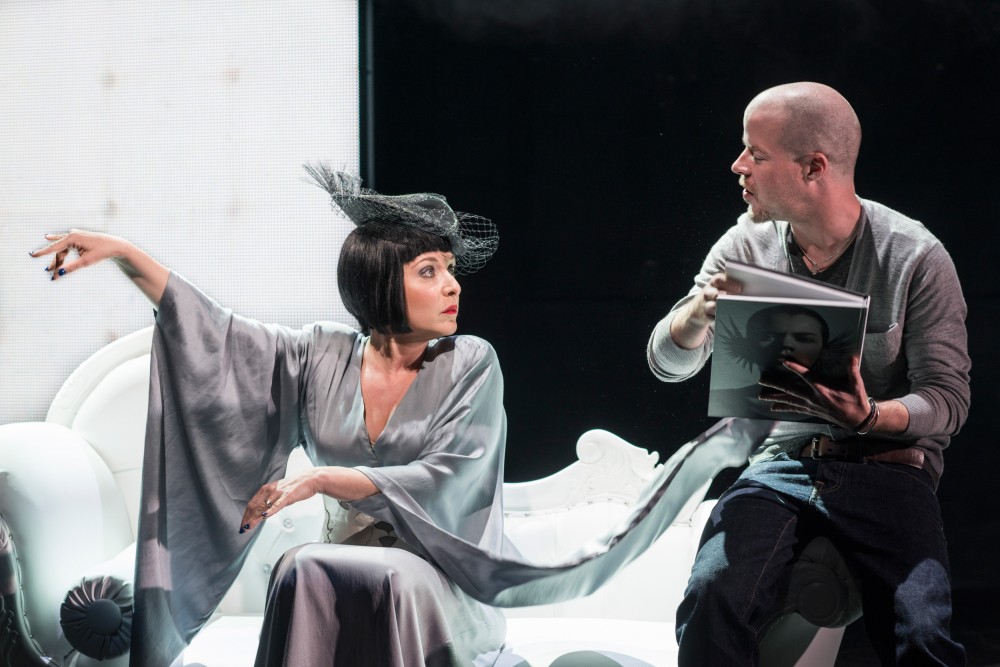 The West End Premiere of “McQueen” happened this week in London. The production by playwright James Philips follows the hugely successful V&A exhibition. It is no surprise “McQueen,”the play which broke box office records at St. James Theatre, has transferred to the beautiful Theatre Royal Haymarket in the West End. Five years following his death, McQueen is still larger than life and big business. Stephen Wight plays Lee—later to become Alexander thanks to Isabella Blow (played by Tracy-Ann Oberman.) McQueen was a man struggling to cope with his talent and hunger to feed on fresh ideas (which is better than love apparently), who was anti-establishment but worshiped by the establishment. Tickets are available now if you fancy a trip to London.