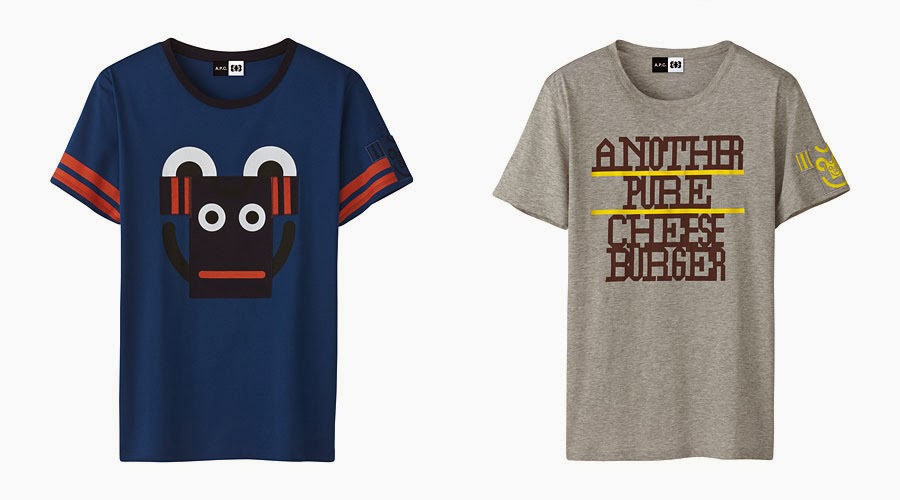 Mathias Augustyniak and Michael Amzalag of the cultishly followed French creative agency M/M Paris are all about secret messages, the more coded the better. An aversion to the obvious is the calling card of the press-shy duo who, over 22 years, have worked with virtually everyone in the fashion arena, most notably Givenchy’s Riccardo Tisci and Nicolas Ghesquière, now of Louis Vuitton. M/M’s new T-shirt collaboration with A.P.C. is no exception.


Needless to say, the designs are highly yet delightfully complicated. But it begins simply enough, with a T-shirt called Mister T, in reference to A.P.C. founder and designer Jean Touitou—a drawing in his likeness in the shape of a T-Shirt. Meta much? Other shirts feature motifs of Toutou’s wife Judith and a brash of zany slogans.


M/M also designed a whole new typeface for the collaboration—which they do with most of their projects—to get into the right frame of mind. So this spring and summer, why not confound everyone around you with slogan tees that look like anything but?