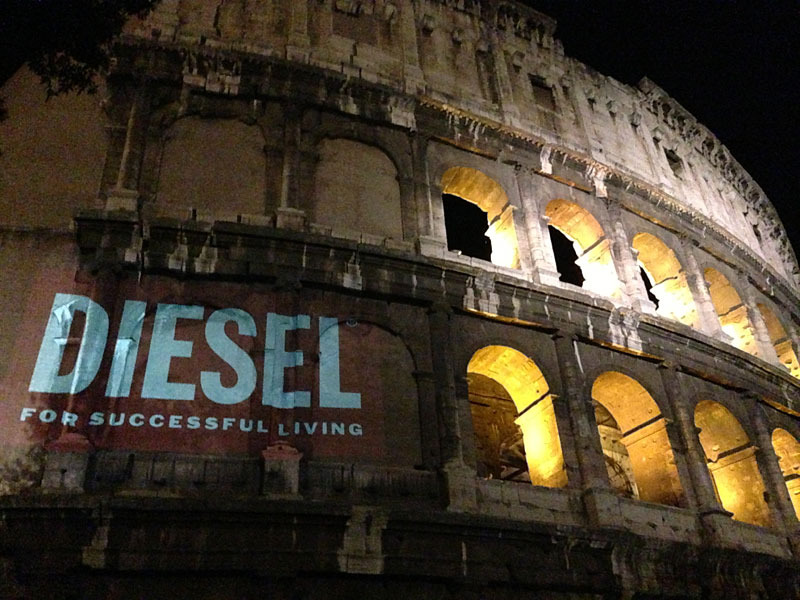 What were those large-scale projections splashed across global landmarks a few days ago, unannounced and occurring at the exact same time? Oh, just the beginning of Nicola Formichetti’s much-touted REBOOT campaign for Diesel, intended to “show the possibility to break down streams of hierarchy,” that’s all.


From the Louvre in Paris and the Alexanderplatz in Berlin to the Ponte Milvio in Rome and Union Square in San Francisco, buildings lit up simultaneously. The structures were illuminated with a variety of Diesel logos and images — as chosen by Formichetti from an open-submission call for artwork — from Diesel’s REBOOT Tumblr page, a kind of online gallery for “a new generation of ambassadors that embody the brand reinvention.”