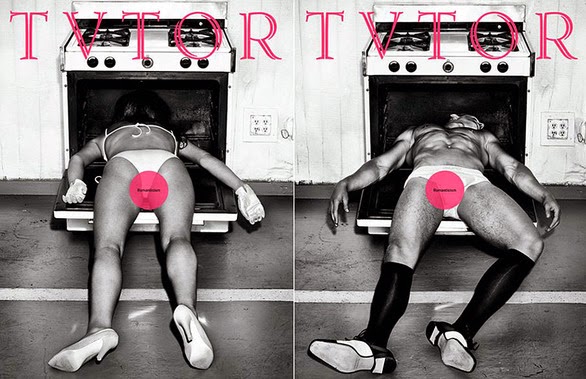 With his subversive, sex-stoked imagery for DUTCH in the 1990s, creative director Matthias Vriens (now Vriens-McGrath) knew no bounds. Each issue of the fashion and art magazine came packed with homo- and hetero-erotic imagery alike, merging the latest designer wares with suggestive, titillating story concepts. After becoming editor-in-chief, he published the notorious naked issue, in which not a stitch of clothing could be found among the 83 pages of fashion editorial—shot by Mikael Jansson—aside from designer credits.


Following DUTCH, Vriens-McGrath packed up his provocations and headed to Giorgio Armani (to be global creative director), then Gucci Group (senior art director), while continuing to shoot skin-flashing stories for the likes of i-D, The Face, Numéro, and the New York Times’ T magazine.


Now, a marriage and a move to Hollywood later, he’s back in the game with another eye-popping publication, TVTOR. The first issue of the self-financed, visually-led biannual bursts with nearly 400 pages, nearly all of it peek-a-boo photos taken by Vriens-McGrath himself or one of a randy roster of up-and-comers.