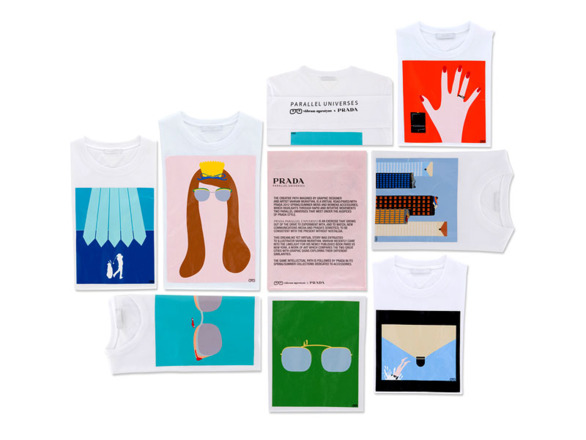 In a parallel universe, we could afford all the Prada we desired. In our actual universe, the Italian label has teamed up with Armenian-born artist Vahram Muratyan (best known for his Paris vs. New York illustrations) to create a series of unisex T-shirts featuring the house’s greatest hits for summer. (They’re the same images that were released as animated GIFs a short while ago.)


Part of Prada’s Parallel Universes project, the shirts in Muratyan’s second collab with Prada feature cheeky illustrations of alternate realities, where this season’s men’s Rocket shoes turn into a city skyline and the Pyramide clutch becomes a diving board. The summer staples will be in stores in mid-July.