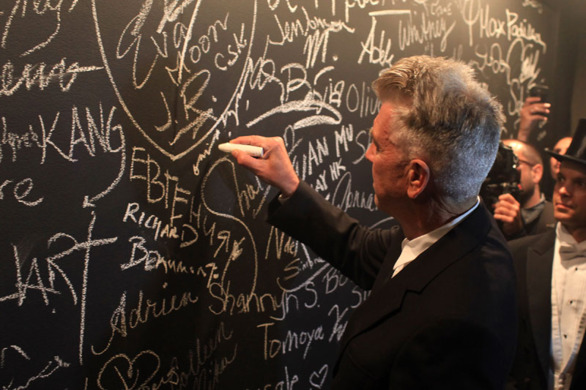 Fresh from the debauched debut of his Silencio club in Cannes, David Lynch returned to his old haunt of L.A. to launch a set of limited-edition bottles he designed for that champion of champers, Dom Perignon (available in October). Billed as an experiential journey, guests arriving to Milk Studios in Hollywood signed and/or scribbled on a chalkboard before entering a dark tunnel lit only by the neon glow of Dom’s crest logo. That led to a room filled with laser lights and projections, which spilled onto yet another room, where The Kills took the smoke-filled stage for nearly an hour, followed by a DJ set by Diplo. A very furtive, Lynchian evening was had by all.