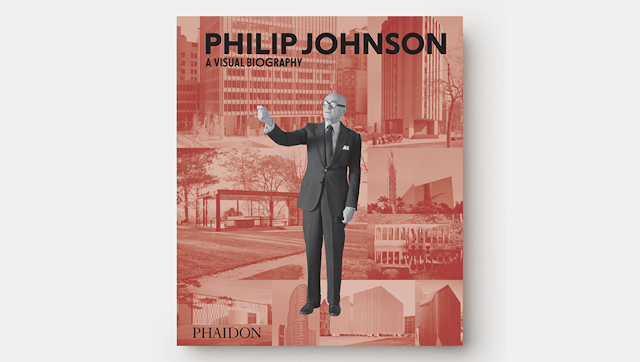 Phaidon has just published a spectacular visual biography of one of the most celebrated architects and cultural icons of the twentieth century, Philip Johnson.

With his elegant suits and trademark round black glasses, wit, and wealth Johnsona was for many years the most powerful figure in the society and politics of his profession. His inner circle included Jacqueline Kennedy Onassis and Andy Warhol. And the man who designed the streets also marched in protest along them—whether it was the anti-war effort or the protest to demolish Penn Station.

This impressive book traces his seven decades of larger-than-life influence, innovation, and controversy in the realm of architecture and beyond. Hundreds of images and documents, many published for the first time, trace the remarkable life and career of a true legend.