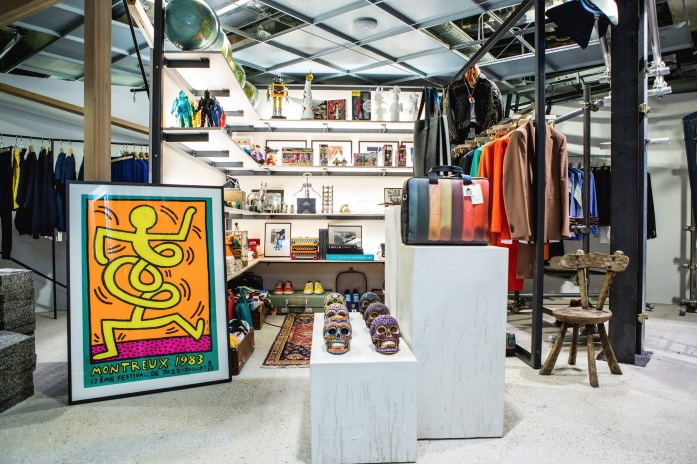 At first, when the news that Dover Street Market was moving off Dover Street it sounded like a prank. Once hailed as the “best shop in the world” by British Vogue, the innovative multi-brand retail space, owned and operated by Comme des Garçon founder Rei Kawakubo, has built a global army of fans since opening in 2004.


It’s reputation, and location, seemed firmly established. However, as more details emerged about the proposed move, the more it made sense. Space was a limiting factor in the old building and in its new home in London’s Haymarket Dover Street Market has tripled in size.


More space means more labels and the new building will be home to the world’s leading fashion labels right alongside dynamic, youthful brands such as Palace, Gosha Rubchinskiy and fledgling T-shirt brand Brain Dead. Plus, the delicious Rose Bakery now has the run of the top floor, to better accommodate shoppers in need of refreshment. Within the 31,000 square feet of floor space available, each label is given the chance to set up its own personalised concession.


A new label, Paul Smith is also joining the party. Not wanting to be greedy, Paul decided to take only a modest 3 x 3 meters—the exact dimensions of his first shop, which he opened in Nottingham in 1970.


When Dover Street Market opened in 2004, the original concept was based on Rei Kawakubo’s love of Kensington Market, which she first visited in the 1960s. Returning neatly to that initial inspiration, Paul’s 3 x 3 cube will be filled with an ever-changing selection of objects and oddities that captures this market stall aesthetic.


Although Paul won’t have to disassemble his cube at the end of each trading day, it has been designed as a modular Meccano-like kit that can change layout to match its contents. Everything inside Paul’s cube is for sale—from the huge famed Keith Haring print down to the vintage trunks that objects are displayed in. The contents of the cube will change regularly, offering up a mixture of rare items collected by Paul on his travels.


For the launch, visitors will find a variety of Japanese robots, intricate beaded skulls, colourful cycling caps and a selection of books from some of the artists and designers who have influenced Paul over the years.