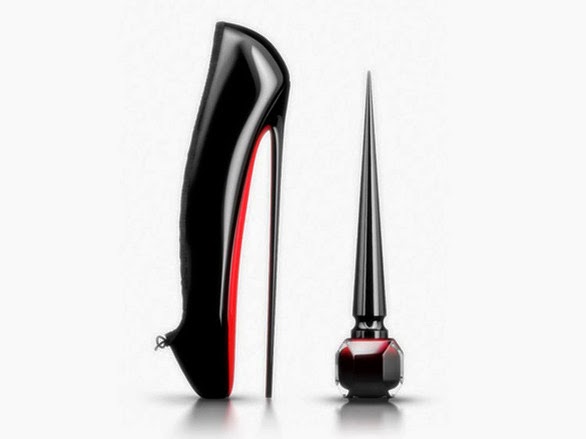 Back in 2007, Christian Louboutin and David Lynch collaborated on a noirish little project called “Fetish,” in which the footwear king created a vertical shoe—where the stiletto heel ran the length of the foot, from heel to tippy toe—and the director photographed two nude Crazy Horse dancers wearing them, or attempting to. The tenebrous images were displayed in an exhibition in Paris and, two years later, in Moscow.


Now, the two extremists are back at it. Paying tribute to the start of his label some 20 years ago, when he used red nail lacquer to create the first signature red sole, Louboutin has created a nail polish, Rouge Louboutin, with a cap that mimics the elongated heel of the vertical shoe. He then asked Lynch to create a short video, resulting in a fittingly surreal, Magritte-inspired single minute.