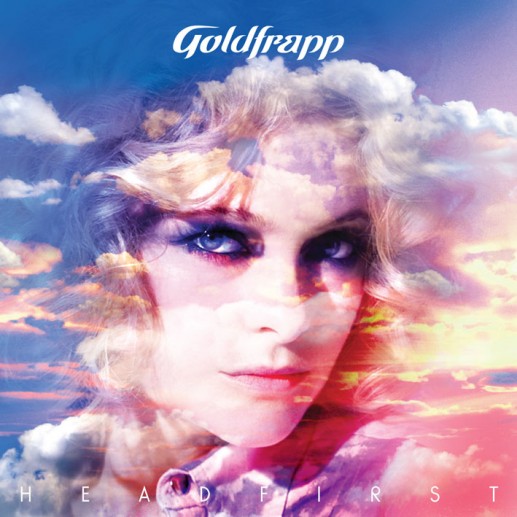 Without running the risk of this turning into a music blog… I must say that music is such an inspiration to what I do, it would be almost criminal not to mention it. Especially when so many of my favorite artists are releasing new material this year!

Goldfrapp’s new CD “Head First” drops on March 23rd and the artwork was recently posted on their blog. It’s accompanied with a motion image sequence with background instrumentation. Allison Goldfrapp has always made the visual elements of her band as much of a statement as the music itself and these new visuals are no different; stunning and ethereal. In her blog she mentions that the new album has a much different sound than the last. It’s the experimentation element of the band that I really love. I’ve heard Allison & Will say they do it in order to keep from getting bored. Whatever the case, they are true geniuses and completely unique in what they do.

The first US tour date has already been announced at the Hollywood Bowl in June. Stay tuned for more…