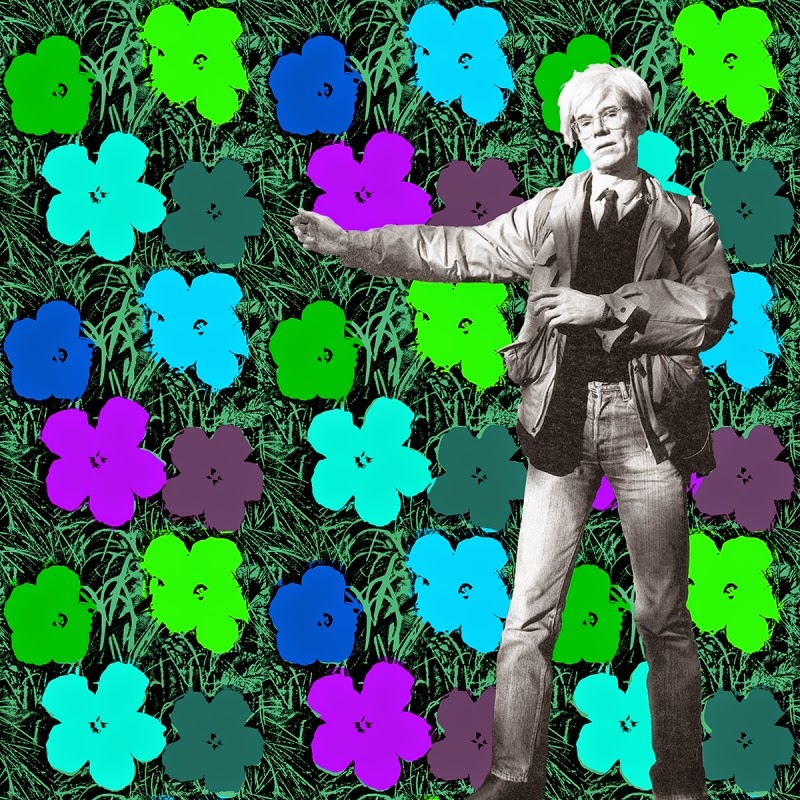 Brooklyn-based wallpaper designer Flavor Paper has been granted exclusive access to Andy Warhol’s back catalog by the late artist’s foundation. The project at hand—to utilize a wide berth of amazing imagery (ranging from rare to iconic paintings, silkscreen prints and film stills) to create a line of Warhol Wallpaper. The result is a collection full of recognizable Warhol icons as well as some more conceptual works—including a repeating pattern of Warhol’s 1963 “Crowd” photograph with random stills of Andy himself inserted randomly to create a sort of “Where’s Warhol” game.


It should also be noted, the original Warhol-paper was done in 1966 by the artist himself. His art dealer Leo Castelli Gallery in New York City was wrapped up as well as Stockholm’s Moderna Museet—whose facade got completely enveloped in electric colored cow paper for Warhol’s 1968 retrospective.