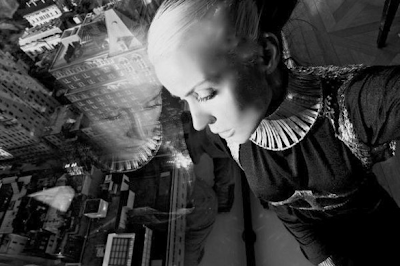 Fit For A McQueen

If watching fashion eccentric Daphne Guinness change from her Chantilly lace lingerie into McQueen is considered performance, then what do you call the loco Yoko variety anymore? Beginning May 2, Daphne will team up with Barneys New York for a six-week performance art piece in the windows of their Madison Avenue flagship to pay homage to her friend Lee McQueen. The piece also coincides with the opening of the Alexander McQueen: Savage Beauty exhibition at the Costume Institute.

As part of the collaboration, the couture queen will give shoppers and peeping toms alike a glimpse into her vast private stockpile of designer clothes, including pieces from her Isabella Blow collection, the entirety of which she bought at auction in 2010. Not only will she curate the window displays with her hopelessly unachievable archive, she’ll also publicly change into her McQueen dress the night of the Met Ball.

No wonder McQueen considered her one of his great muses. If she’s willing to get dressed in the display windows of a New York City landmark, then one can only presume what kind of self-admiring mischief she’d get into behind pulled curtains.