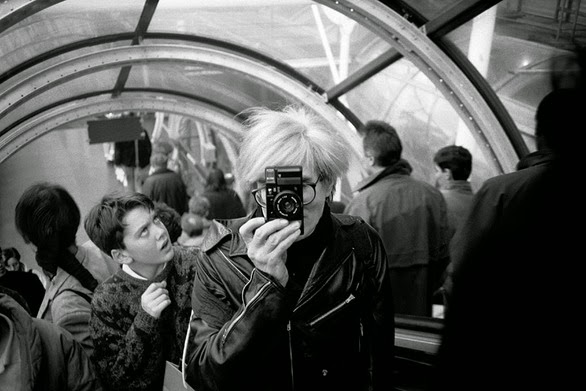 Photographer Christopher Makos was fairly inseparable from Andy Warhol in the 70’s and 80’s. Makos is often credited, debatably, with showing the pop artist how to use his first camera and introducing him to the work of Keith Haring and Jean-Michel Basquiat. The fact that Makos previously apprenticed with Man Ray lends credibility to the claim.


Regardless, Makos made good use of their frequent face time to get Andy Warhol on film. Warhol thus called Makos the “most modern photographer in America.” Considering he caught the likes of Tom Ford, Robert Downey Jr., and Pedro Almodovar before they were god-like, that assertion may very well be true.


Altered Images, a new exhibit showcasing 52 of Makos’ portraits of Warhol and his motley milieu, just opened at Galleria Carla Sozzani, where it will remain on view until July 31, 2014. After Milan, the exhibit will travel to seven world capitals, starting in September with New York, followed by London, Paris, Tokyo, Seoul, Hong Kong, and Shanghai.