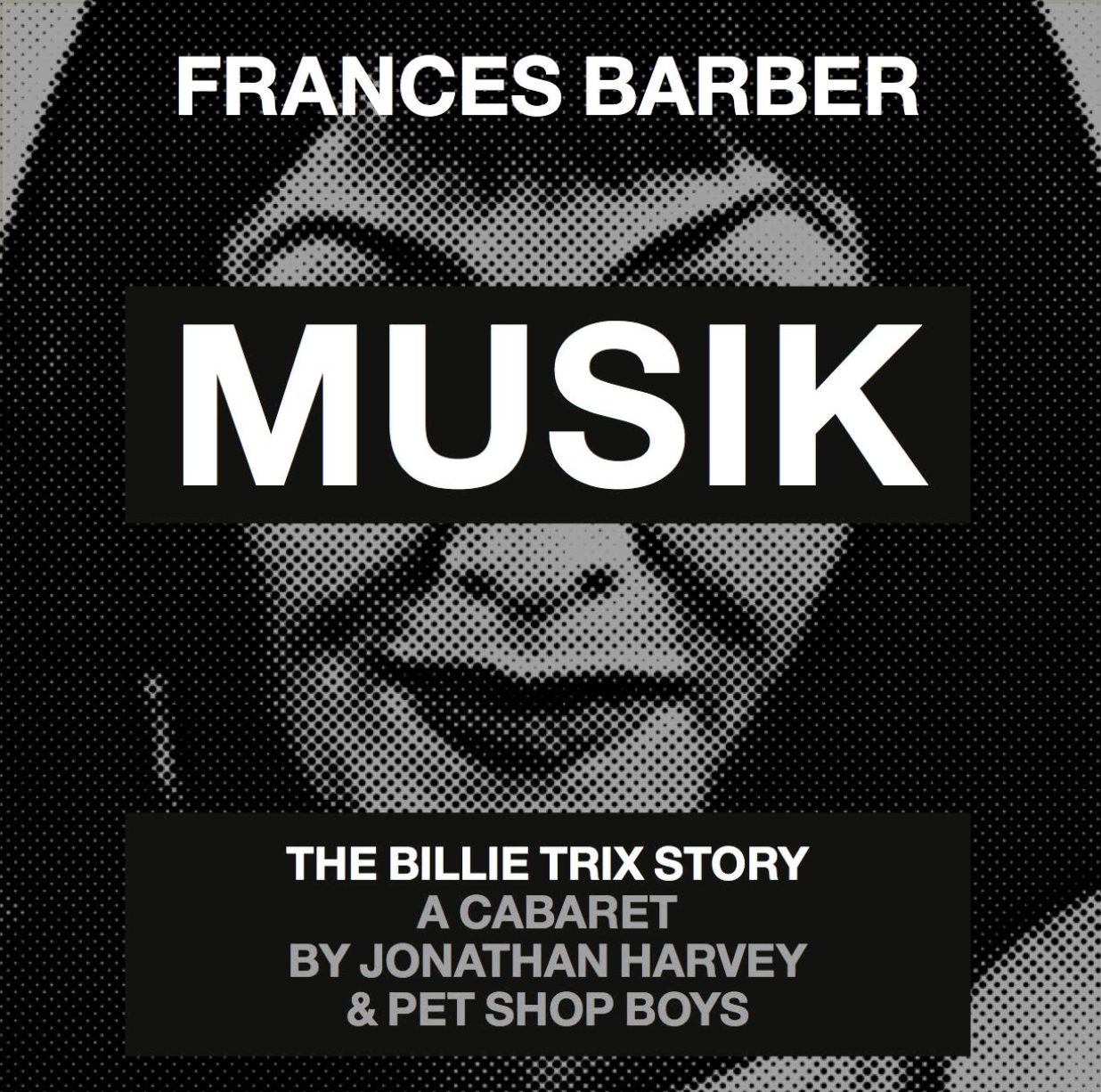 Writer Jonathan Harvey and Pet Shop Boys are to present the world premiere of a new cabaret show at the 2019 Edinburgh Fringe.


“MUSIK” is a 50-minute, one-woman show by Jonathan Harvey. It will star multi-award-winning actress Frances Barber reprising her role as Billie Trix from the 2001 musical, “Closer to Heaven” (another Harvey / Tennant / Lowe production). The fictitious character Trix is a dried up, drug-addled icon and German rock star, who will reminisce about her life, career and sing her biggest hits. And like “Closer to Heaven,” “MUSIK” will feature an original music score by Pet Shop Boys.