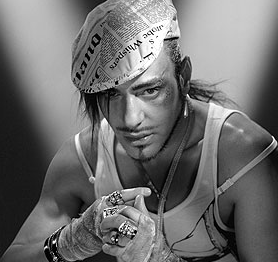 There was a big crowd at the John Galliano presentation Sunday, held at a private mansion on Paris’ chichi Avenue Foch, because there was a lot of curiosity, morbid and otherwise. The designer’s career went down in flames last week. He was dismissed from Dior after being arrested on suspicion of making anti-Semitic remarks to patrons at a Paris bar—remarks in a separate incident were caught on video.

Everyone wanted to see the clothes, which were reportedly left for the atelier to finish after the fiasco involving Galliano, who then headed to rehab.

With Dior as the majority shareholder in the John Galliano business, which has never performed well, the future of the label is uncertain. Especially this season, when stores may shy away from having the Galliano name on the racks.

Wouldn’t it have been easier for John to have just hung himself?

One response to “Down in Flames”