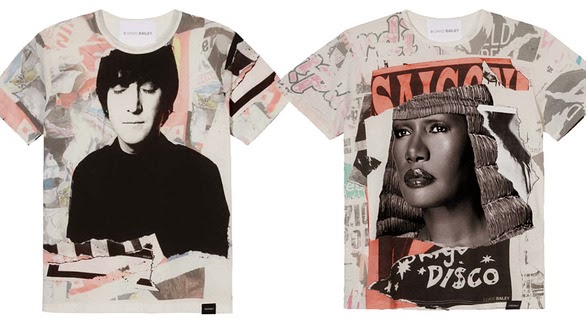 British photographer David Bailey is having a moment. A retrospective of his nearly 60-year career, “Stardust,” has just opened at London’s National Portrait Gallery. In conjuntion with the opening, a commemorative series of unisex T-shirts has also launched, made in collaboration with the East London creative agency The Bleach Room. One per decade, the six fronts—comprised of tweaked versions of his famous portraits of Mick Jagger, Boy George, Michael Caine, Grace Jones, John Lennon, and Johnny Depp—really show the vastness of his career, which is still going strong.