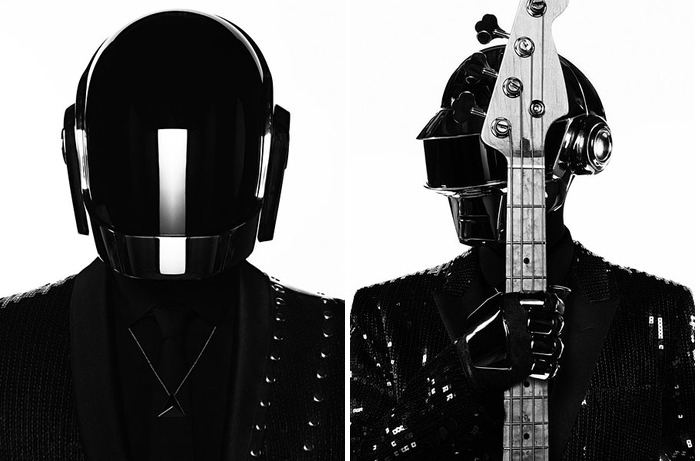 There’s been so much build-up to the release (May 21) of Daft Punk’s fourth album, Random Access Memories, it’s fascinating to see how they keep pulling one more rabbit out of their hat. Or helmet, as it were. As if launching the album at a random country fair in Australia or getting Giorgio Moroder on camera didn’t fully pique your interest, now comes word that the duo has been photographed by Hedi Slimane wearing a black glitter Smoking jacket and other custom pieces by Saint Laurent.
Slimane’s trademark black-and-white shots—the latest in the Saint Laurent Music Project series, which also saw Marilyn Manson, Courtney Love, Kim Gordon, and Ariel Pink photographed—follow their involvement with the label at Slimane’s debut outing (as well as the rebranding of Saint Laurent) in October of last year.