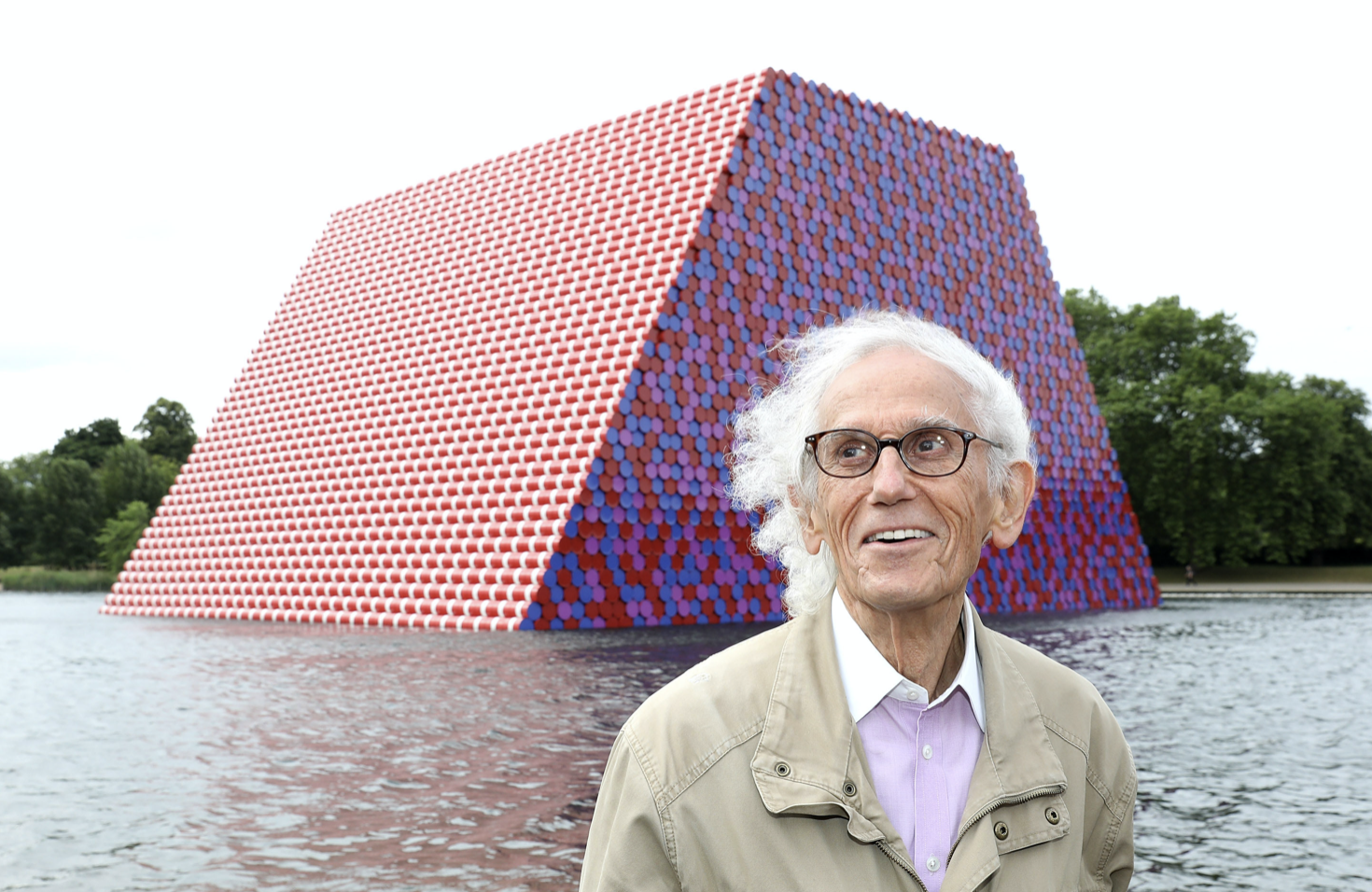 Christo, the Bulgarian-born conceptual artist who turned to epic-scale environmental works in the late 1960s, stringing a giant curtain across a mountain pass in Colorado, wrapping the Pont Neuf in Paris and the Reichstag in Berlin and zigzagging thousands of saffron-curtained gates throughout Central Park has passed on at 84.

Christo—he used only his first name—was a creative visionary. His grand projects, often decades in the making and all of them temporary, required the cooperation of dozens (sometimes hundreds) of landowners, government officials, judges, environmental groups, local residents, engineers and workers, many of whom had little interest in art and a deep reluctance to see their lives and their surroundings disrupted by an eccentric artist speaking in only semi-comprehensible English.

Again and again, Christo prevailed, through persistence, charm and a childlike belief that eventually everyone would see things the way he did.

At his side, throughout, was his wife, Jeanne-Claude. Born on the same day in Bulgaria and Morocco, respectively, the pair met and married in the late 1950s. Originally working under Christo’s name, they later credited their installations to both “Christo and Jeanne-Claude.” Until his own death, Christo continued to plan and execute projects after Jeanne-Claude’s death in 2009.

According to the couple’s website, several more projects have been in the works and may still come to fruition. It will be interesting to see if this will happen without the master architect among us. Perhaps it will happen under the couple’s only son Cyril.