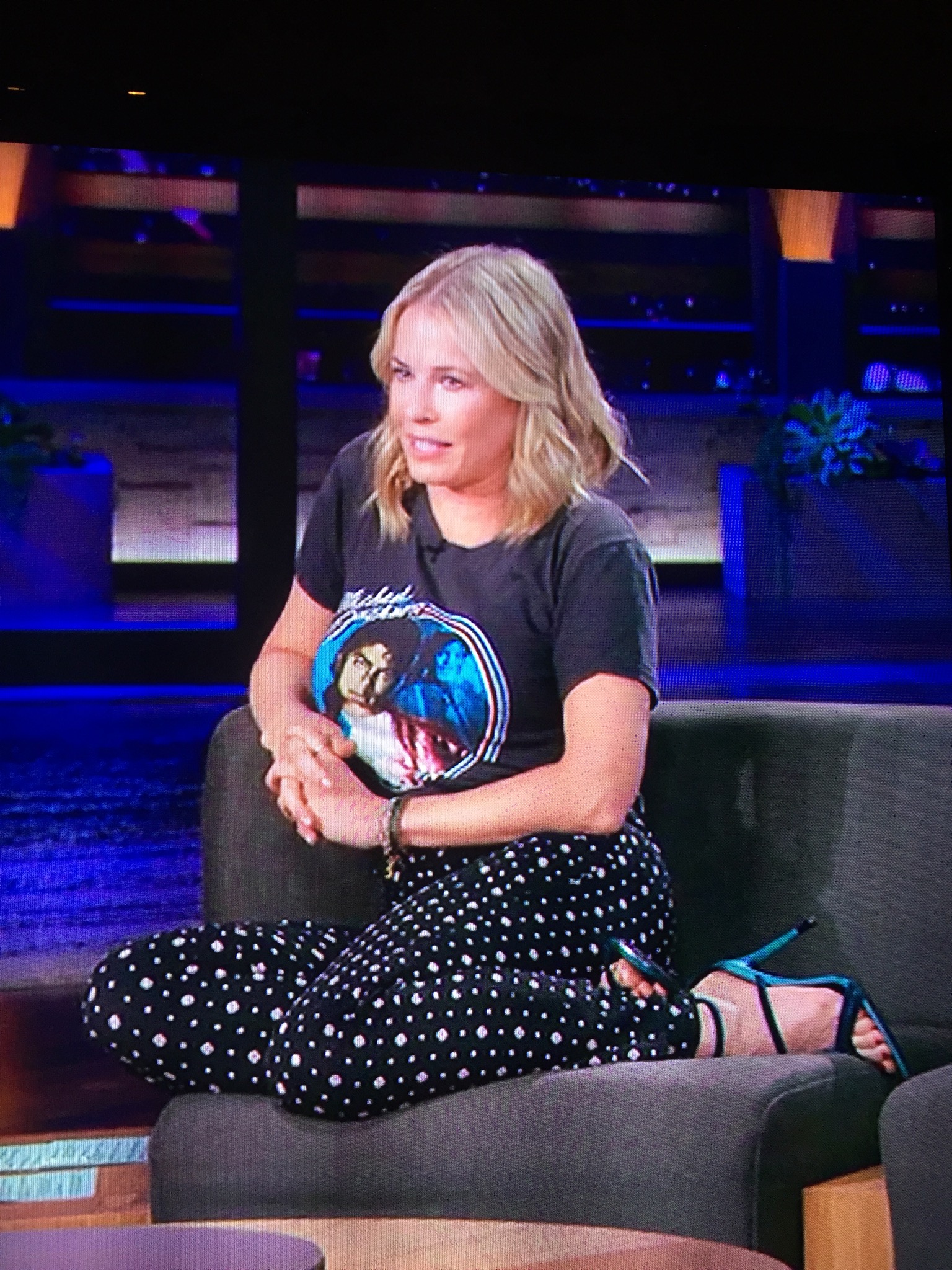 Even though Chelsea Handler’s new weekday Netflix talk show “Chelsea” has been on for a couple of months now, I want to go on record and say how much I completely LOVE it! I was a big fan of Chelsea’s previous show “Chelsea Lately” on E! but I like the new show so much better. Everything about it is great. The gorgeous set, the show topics, the guests, her comedy bits, her vintage rock tees and her dog Chunk freely roaming the stage. Even the theme song is terrific! I think she’s really in her element and it shows. So keep up the great work Chelsea! I’m a fan.