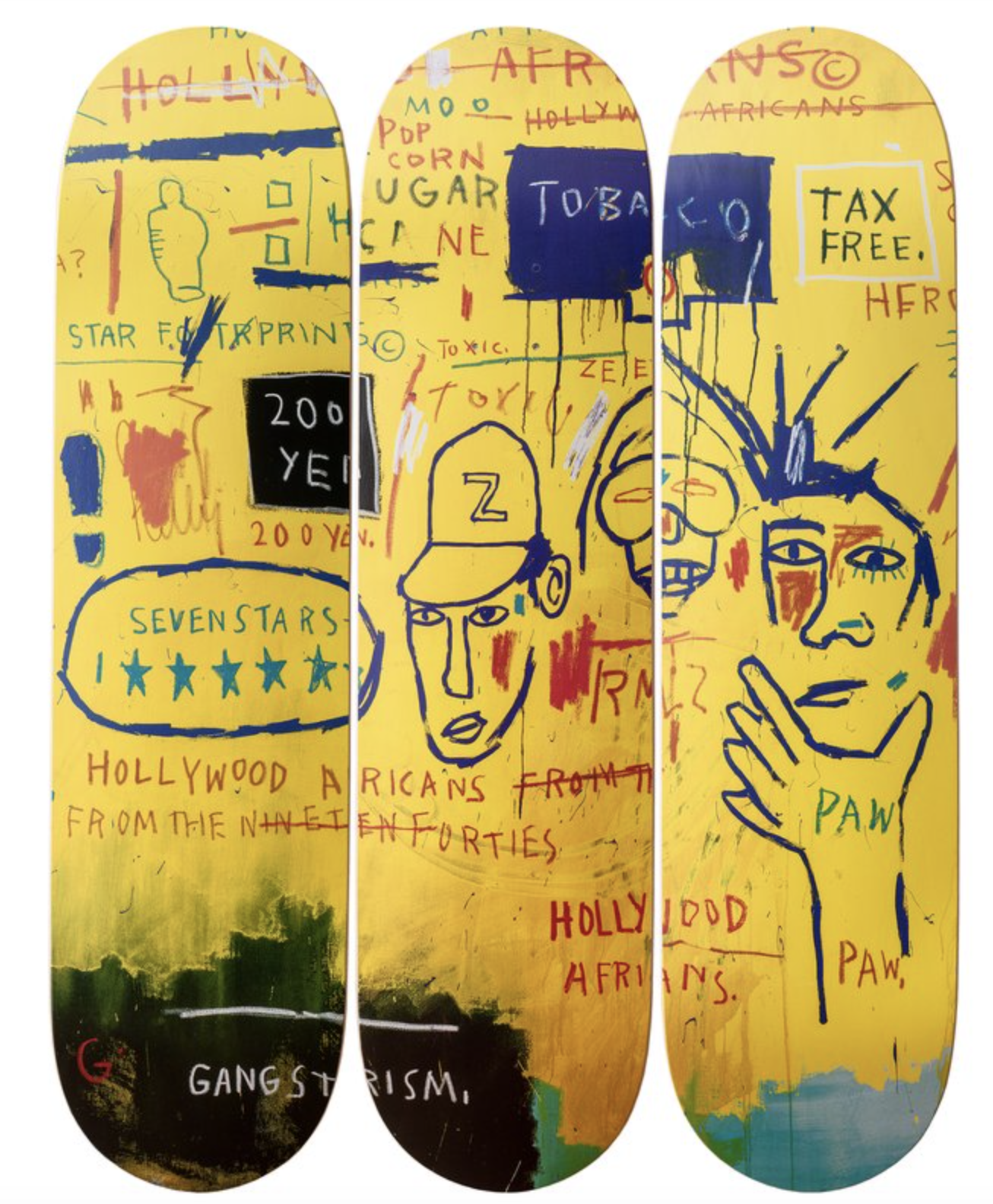 Before Basquiat rose to become one of the most significant artists of the 20th century, his work was already legendary on the streets of downtown NYC. Under the tag SAMO, his poetic and poignant symbols established a visual vocabulary that continues to inspire new generations of graffiti artists to this day.

Now the Basquiat estate in coordination with Artestar, New York and The SkateRoom are featuring a series of Skateboard triptychs Made of 7 Ply Grade A Canadian Maple Wood. The series features a variety of works including “Horn Players,” “Irony of a Negro Policeman,” “Hollywood Africans,” “In Italian” and “Skull.”