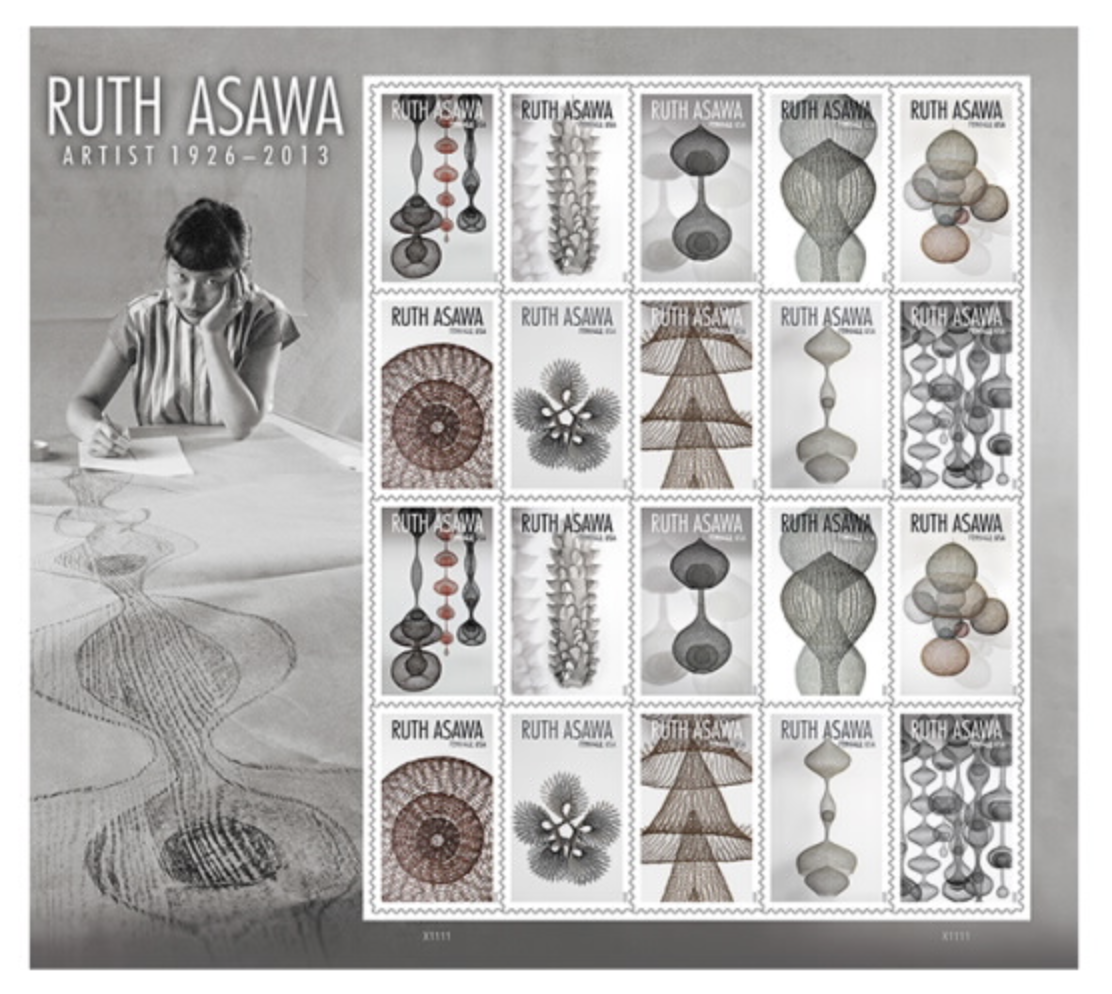 Inspired by natural elements such as plants, snail shells, spiderwebs, insect wings, and water droplets, Asawa’s sculptures, when shown together, can evoke an undersea domain, a magical upside-down world, or an environment all their own. She began making them in 1947 and soon discovered that, in addition to single-layered sculptures, she could also create continuous or intersecting surfaces.

Sensual and organic, these multilayered yet still transparent works created a dynamic interplay between interior and exterior surfaces. In addition to her wire sculptures, Asawa is also acclaimed for her large public projects, which include several fountains in San Francisco; the Japanese American Internment Memorial in San Jose; and San Francisco State University’s Garden of Remembrance, which commemorates Japanese Americans interned during World War II.

Since her death in 2013, public and critical appraisal of her work has continued to reach wider audiences, with much lauded exhibitions and publications organized by major museums and galleries across the country.

The Asawa stamps are available now at: USPS.com