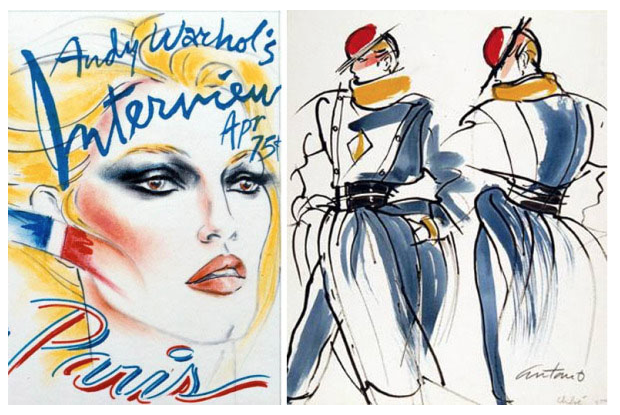 Antonio Lopez was hooked on fashion at an early age, making drawings for his mother, a seamstress, and doing the makeup on the mannequins his father produced. The world’s most celebrated fashion illustrator, Lopez was working for Harper’s Bazaar, British Vogue, and Interview, as well as Yves Saint Laurent, Missoni, and Chloé, before he was struck down by AIDS in 1987, aged 44.


El Museo del Barrio in New York is exhibiting the art of Antonio Lopez, focusing on his most important works, his ‘discovery’ of and close association with models and actresses (Grace Jones, Jerry Hall, Pat Cleveland), his early years in Paris (where he lived in an apartment owned by Karl Lagerfeld), and his representation of many races in the highest echelons of fashion.