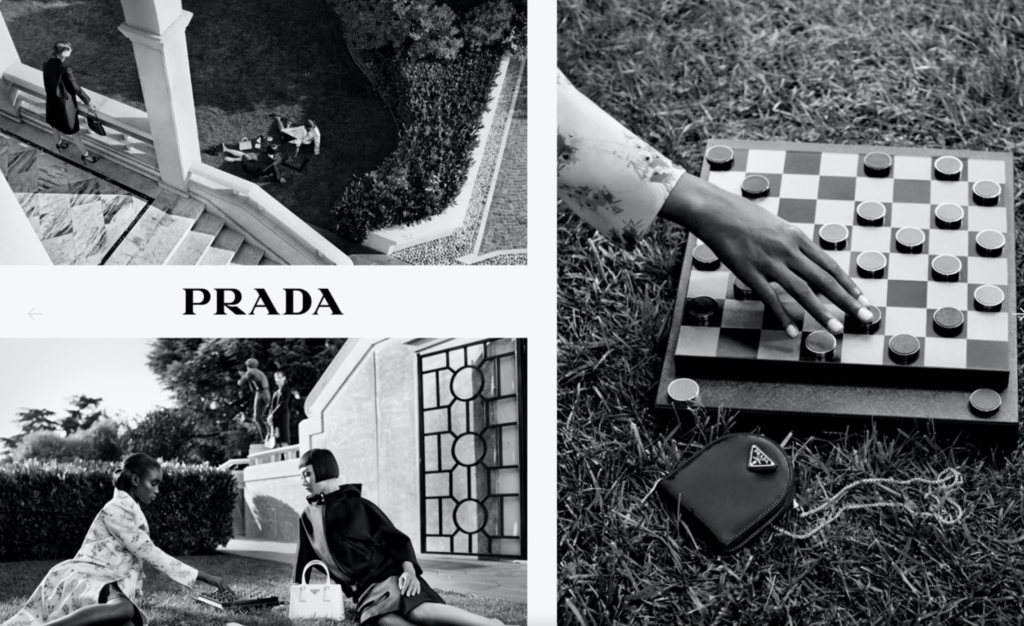 ﻿Prada, under the lens of Steven Meisel, has captured its Holiday 2020 campaign titled “A Stranger Calls.” In this, images come to life to tell the tale of an original Prada story written by Candice Carty-Williams, in which objects become as much as a protagonist as the characters themselves.

This is achieved through the use of black-and-white stills that reference film noir, as macro shots and close-ups of products become the main focal point alongside images of models who further help tell the story. Freja Beha, Maty Fall, Mao Xiaoxing, Rudolfs Valbergs and Merlijne Schorren populate the Villa Gnutti home in Italy—which was made famous through a 1981 shoot by Helmut Newton—and are seen to be playing with chess and dominoes like a true, traditional festive family affair.